This home in Kill is really nice, a modern compact 3 bed terrace in a countryside setting and the bathroom suits it well, it wouldn’t be out of place in a Laura Ashley catalogue. However we live in the real world where water and timber don’t mix well when they come into contact in bathrooms so as much as it looks good as you can see in the first few pictures it had to be changed if it was actually going to be used as a bathroom.

So the timber surrounding the bath had to be removed which proved to be quite difficult as it was made from MDF boards and not the traditional slats so it had to be cut in situ as i didn’t want to take the entire bathroom apart. Once that was done I could fit the classy seal around the bath, seal it to the wall and then modify the plumbing to suit the new position of the bath.

Then i fitted cement boards to the window shelf and boxed in the end of the bath making the new shelf and then primed it all, then i could get to tile it with travertine style ceramic tiles which were 30cm by 45cm finishing the tiling using beige grout. And finally I refitted the original bath panel and installed a shower screen and now the bathroom is completed and looks great. For such a small area there was a whole lot of work involved but the customer is delighted and so am I actually 🙂 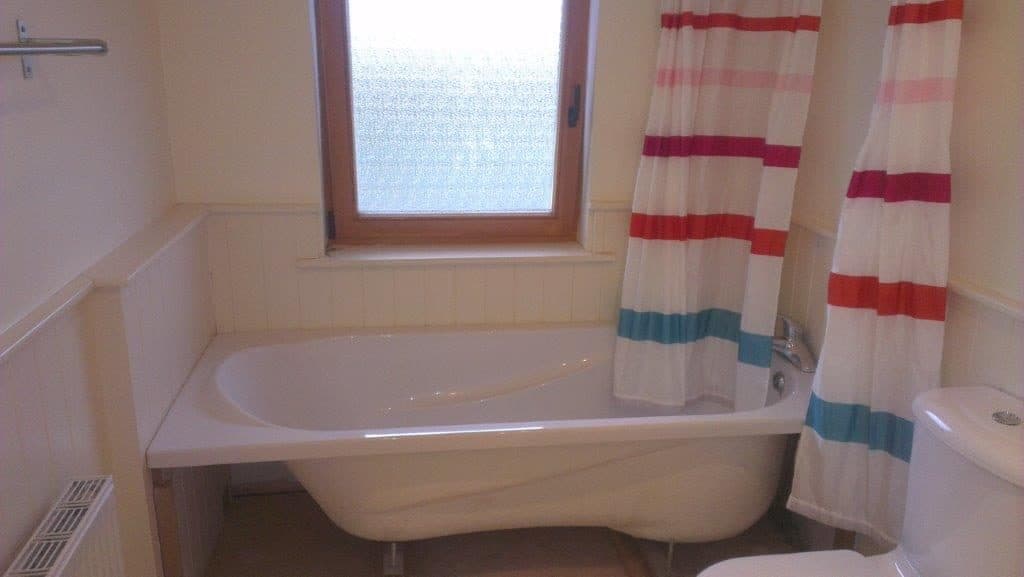 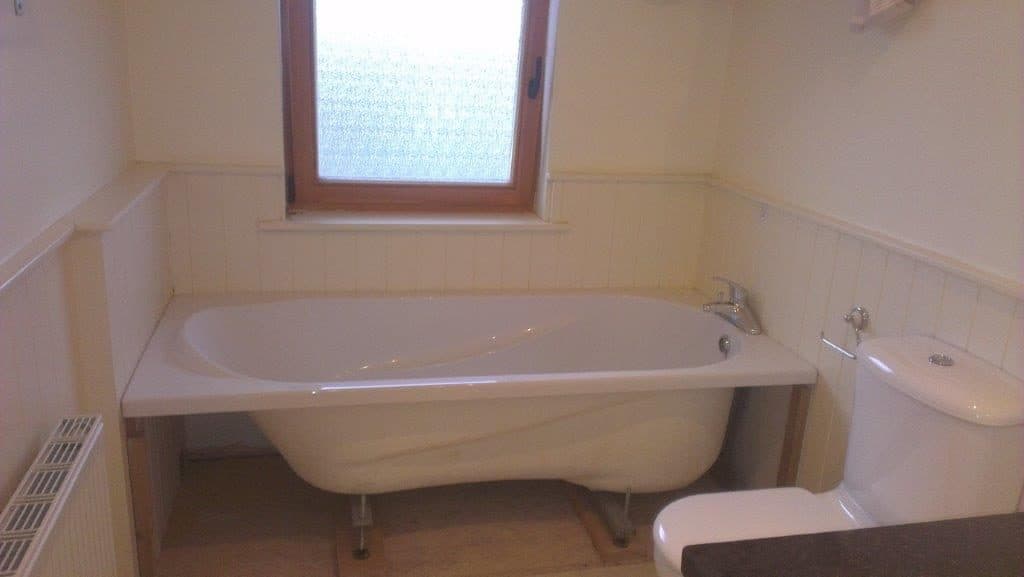 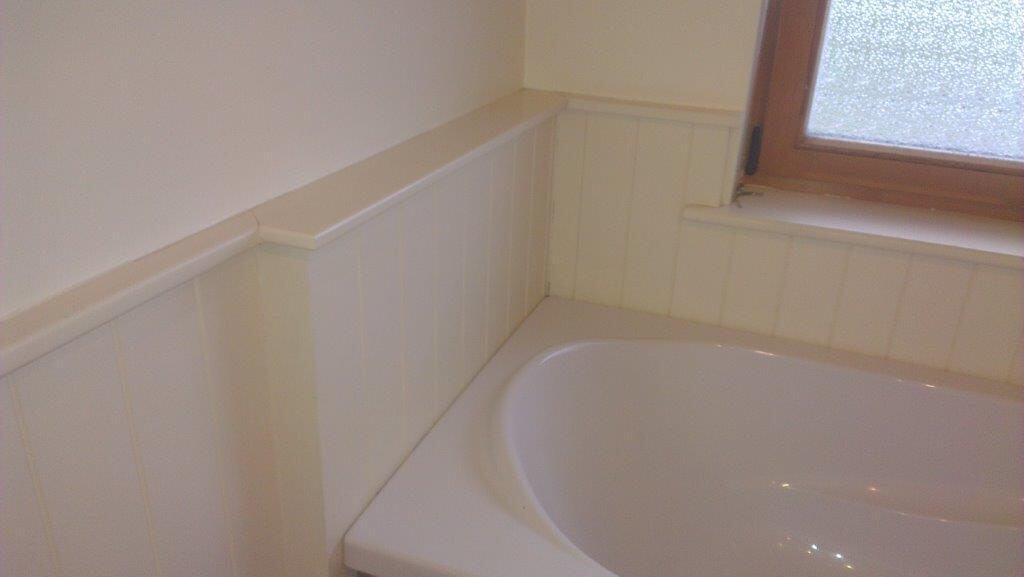 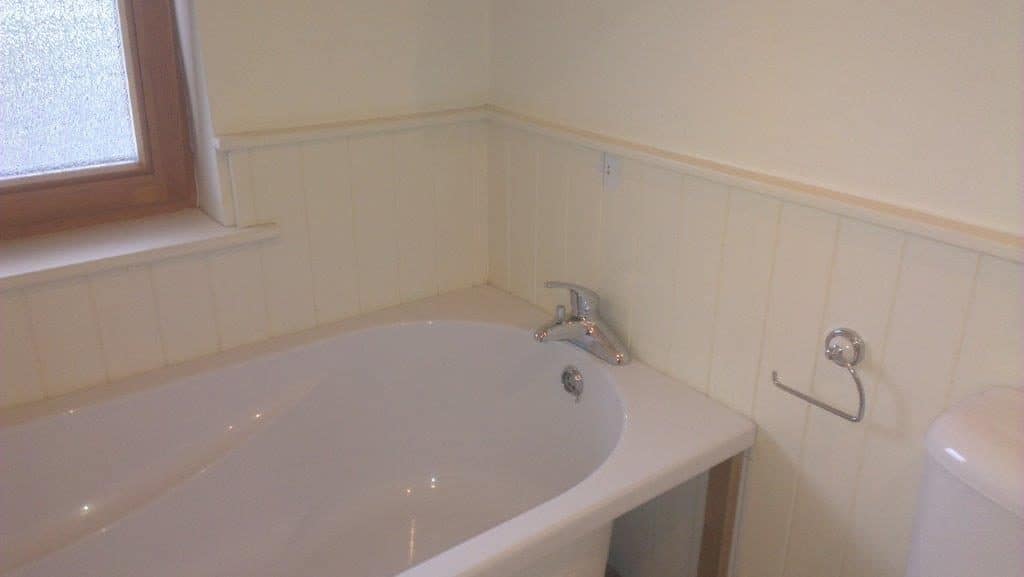 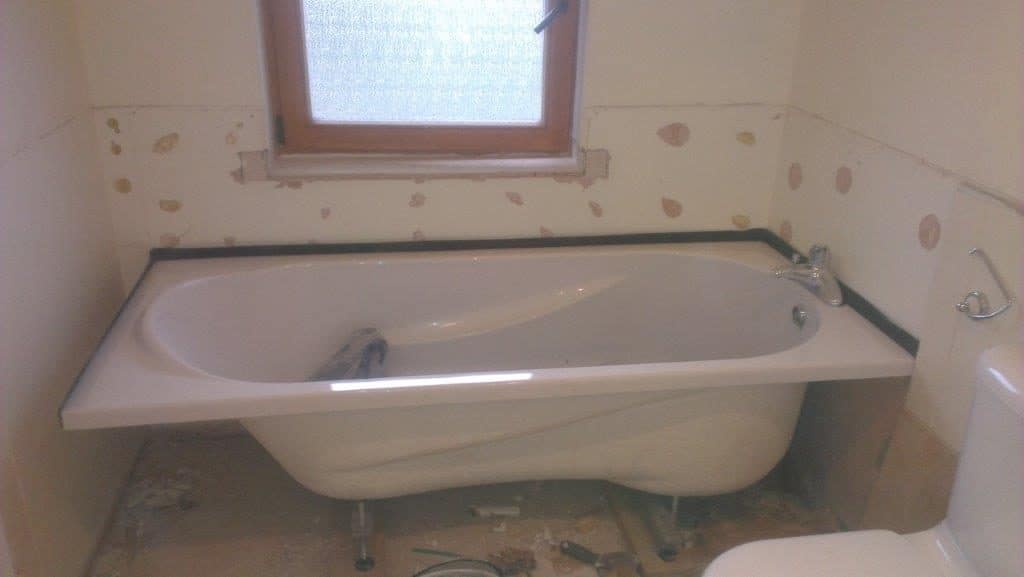 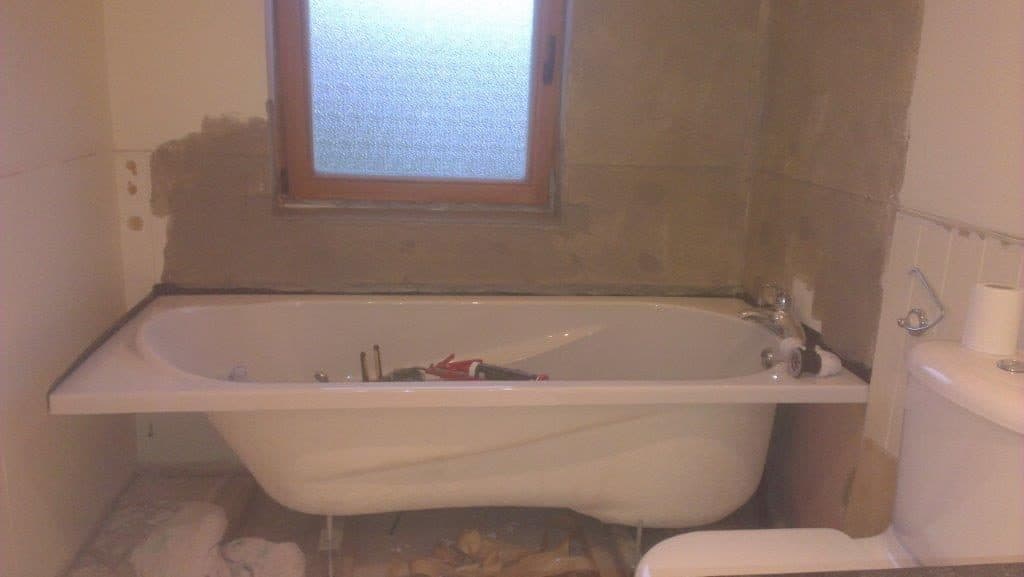 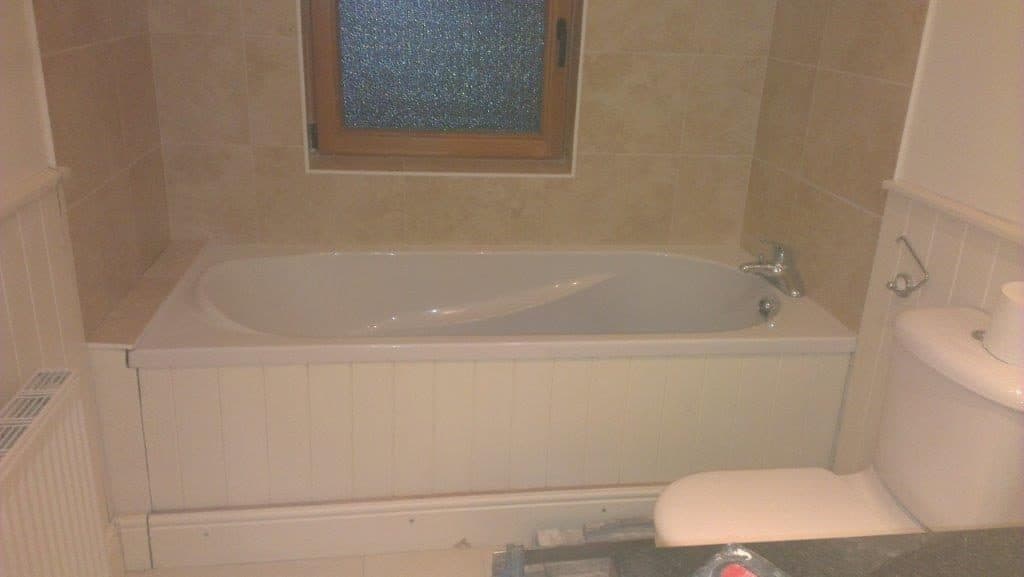 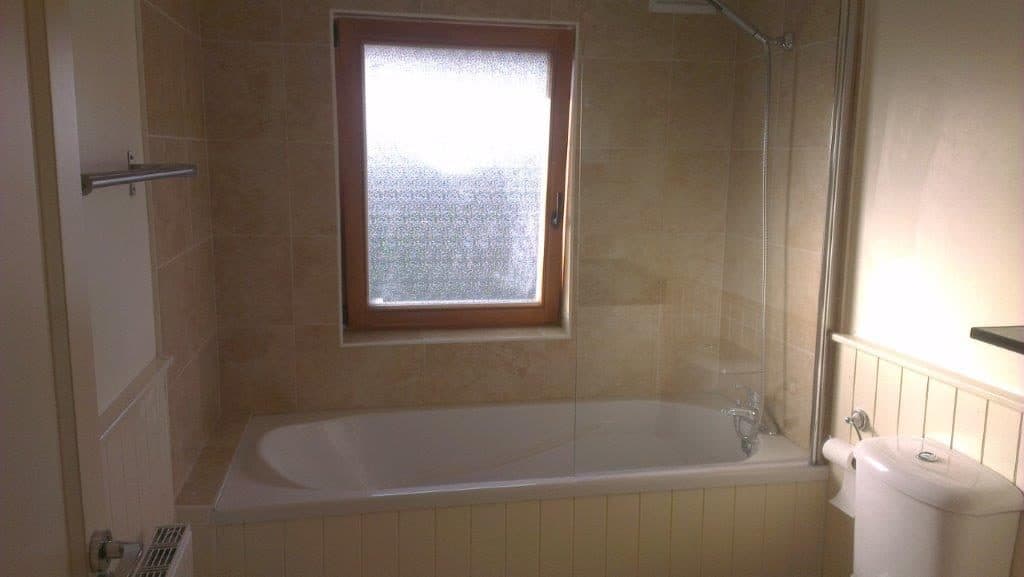 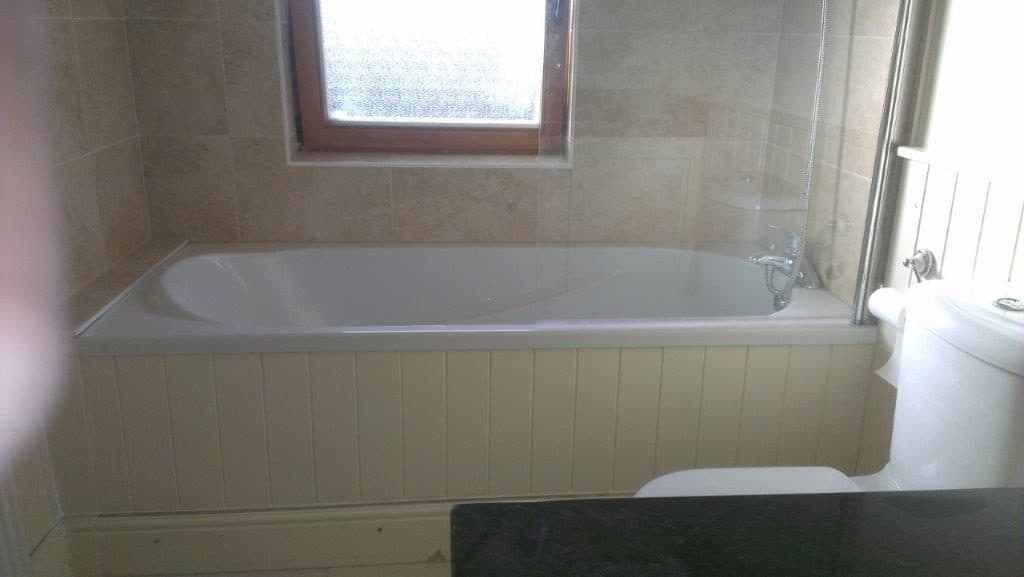